It is with utmost certainty that the previous blogpost on ‘tea facts’ changed the course of your very existence. Securing your precious tea in lockboxes, heeding the advice of British Parliament cronies, and acting like a haphazard-madman whilst pouring milk and water.

Eh? My delirious tea-ramblings made no influence whatsoever on your tea habits? You’re calling the acquired knowledge “as useless as a chocolate teapot?” Well, excuse me for attempting to educate the masses!

Regardless, it is my personal honour to present you with a few more useless tea factoids, as insignificant as you may consider them. Hmph! 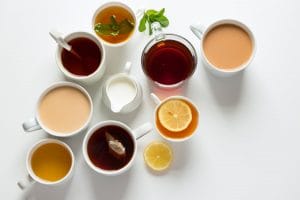 To Milk Or Not To Milk … That Is The Question

It is early morning and you are awoken by singing birds and morning light. Your lovely (sometimes) wife brings you a nice cup of tea to… chew on?

Was that a synopsis for a Twilight Zone episode? No, of course not – that would be a terrible episode.  Instead, it is a glimpse into the past – where tea was chewed, not sipped upon, as a detoxification medicine.

Emperor Shen Nong, the first Emperor of China, was (supposedly) having tea leaves boiled for him by servants. Emperor Shen Nong (or Shenny as I like to call him) accidentally drank the broth, thus creating the beverage we all know and love today. 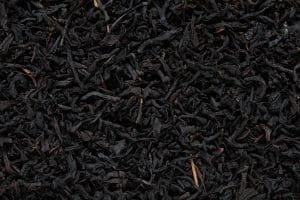 This potentially untrue folklore story provokes deep thoughts inside of me. Tea, originally chewed, became a beverage due to an unforeseeable accident. Perhaps other chewable things are waiting to become beverages. Perhaps a chewing gum drink? Maybe a chewing tobacco soup? … sorry if I made you gag.

Similarly, cacao, more belovedly bestowed to us as ‘chocolate’, had equally unusual origins. Ancient Aztecs believed cacao was a gift from Quetzalcoatl, their God of Wisdom. Cacao beans were used for hot or cold beverages, and even as currency! Perhaps the chocolate coins given to children at Christmas are not so far-fetched after all…

An average tea bag is 50 x 60mm and contains 2g of tea, and costs 1.9¢ to produce. You’re probably thinking “that is probably the single most boring fact I have ever heard in my entire life”. No, not “probably” – definitely.

Oh, good, you’re still reading. I thought most people would’ve closed the page after that… or fallen asleep. Fortunately, that was only preliminary context for a (hopefully) more exciting fact. 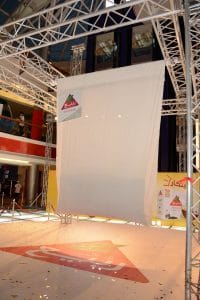 The Worlds Largest Bag Of Tea Apparently Has Levitation Powers Too

Interesting, right? See, you just have to trust me (and ignore that looming sense of dread you get from reading a boring fact). However, there is one thing bothering me – how big would the mug have to be?

Quick! Within 30 seconds, name all the things you can do with tea!

Well, you can drink it… you can uh… um… Well, we learnt you can chew it! You could probably cook with it too… I think?

Congratulations if you managed to name three things! You failed – miserably! It turns out you can use tea for a lot of different things. You could’ve just used Google, y’know? It would’ve only taken about 10 seconds.

Firstly, damp tea leaves can be rubbed upon the skin to keep mosquitos away! Wait, does that mean mosquitos don’t like tea? Perhaps that’s why they are the most disliked creatures on Earth…

Secondly, tea can be used to clean floors! Just don’t drink the tea out of the mop bucket after, it won’t taste very good (trust me, I’ve tried). 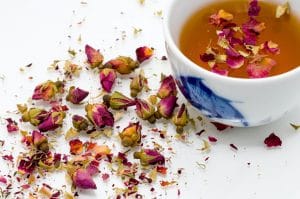 Hopefully This Tea Wasn’t Used To Mop The Bathroom Floor

Thirdly, tea can be used to heal any cuts incurred whilst shaving yourself. This is very convenient in case, for some bizarre reason, you have wet tea leaves around but not toilet paper. An even better tip is to not shave at all – you’ll save money on razors too!

Fourthly, tea can be used for marinating meat and dyeing clothes! Just don’t get confused and use meat to dye your clothes and clothes to marinate your meat. You’ll end up with a stinky t-shirt.

Thus concludes this week’s blog-post. I must say, I have truly outdone myself this time! This weeks facts were *even more useless* than last time. Hoorah! One can only imagine what may happen next week.