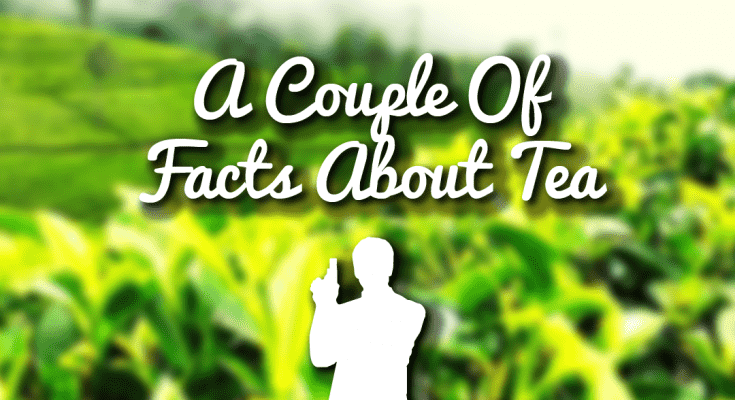 It would be hearsay to deny the cultural and historical importance of tea. Tea is thoroughly enjoyed worldwide, being the second most consumed beverage internationally. One may assume, due to the fact you are reading our blog about tea, that you enjoy it yourself (if not, sorry to disappoint, but there will be no tea hate-speech here).

Perhaps not all of us can claim we know the intricacies surrounding the development and consumption of tea, however. In this blog post, we will explore some lesser-known facts about our favourite leafy drink.

When preparing a cup of tea, do you put the milk first or the water first? Whichever preference you partake in, you have undoubtedly upset a community of tea snobs who will respectfully (or often disrespectfully) scorn your tea-making tactics.

Historians have pin-pointed this tea-making dissonance to differences in social class. Cheaper, low-quality sets of China would degrade rapidly when pouring boiling water in first. To remedy this, the lower-class would pour the milk in beforehand. I expect at this point you are probably thinking “I do not put my milk in first to protect my low-quality 19th Century tea set” (unless you do, in which case, I apologise for belittling your antique tea-set collecting habits). In which case, what difference does it actually make, particularly in terms of taste?

The short answer to that question is – absolutely nothing. The longer answer involves an extensive amount of scientific (and frankly uninteresting) studies which claim that, unless you have the tongue of a superhuman (or perhaps Gordan Ramsay), you will be unable to tell the difference.

A parallel may be drawn between this and Britain’s very own secret agent, James Bond. James prefers his martinis “shaken but not stirred”. Sorry, James – it makes absolutely no difference whatsoever. Nor does putting the milk or water first – so you tea snobs can stop arguing about it now. Tea storage chests, or “tea caddies” as they are more frequently called, were commonplace in the 17th Century. Tea, at that time, was considered so valuable and rare that it was securely protected and locked away.

Perhaps tea enthusiasts of the 17th Century would call your tea storage methods haphazard or irresponsible – but those same critics would be unable to predict the dramatic increase in tea affordability… or the advances in home security technology.

Recalling the debacle surrounding the priorities of water or milk first, we can all agree many of us take tea preparation a bit too seriously. Our friends may call us snobbish (psh, what do they know?) or perhaps… tea-dious? That pun was terrible, I apologise.

However, what if I told you that “the British Tea Producers’ Association”, “the Tea Trade Committee”, and “the Ministry of Agriculture, Fisheries and Food” of the United Kingdom created a very particular guide on how to prepare tea? The Brits established a scientific guide to withdrawing the most copious amount of flavour from tea leaves, making our once-snobbish methods seem meagre in comparison. Is This The Perfect Cup Of Tea? Probably Not

The UK Government’s tea guide details the perfect temperature, porcelain, portions, and serving guides for adequate preparation. What might your friends say to objective, scientific proof that tea is enhanced by your overscrupulous methods? Most likely, they would still not care. Still, it is a win for us tea enthusiasts!

Thus concludes this more light-hearted blog post! If the content was enjoyable to you, or if you have other interesting tea facts to contribute, consider continuing the discussion in the comment section below.