Tea contains lower amounts of caffeine than coffee, tea lovers around the world are aware of this fact. Chemically caffeine belongs to the xanthine family. It is odorless, contains a bitter taste and is highly soluble in hot water. Caffeine occurs naturally in tea, coffee, cocoa, kola nuts and a variety of other plants. If taken in moderation, caffeine does have multiple benefits to your body; it increases the alertness in your body, stimulates metabolism and in contributes to an increase in dopamine levels in the blood which ultimately helps you improve your mood.

There are many factors that contribute to the amount of caffeine present in tea. Such as the growing region, the variety of the plant, plant age, leaf age, soil nutrients, water, exposure to the sun and rainfall. It is also an important factor to consider the part of the plant that is being harvested. Very young leaves contain large amounts of caffeine than the larger leaves. If considered in dry weight, the bud and the two leaves closest to it contains about 5% caffeine, and the next set of leaves contain about 3.5% caffeine, the upper stem contains about 2.5% and 1.4% in the lower stem. Since white tea is picked from the youngest leaves it may sometimes contain more caffeine than most green teas.

One factor that does not impact the caffeine levels in the level of oxidization. Many also state that broken tea leaves, the kind that is most used in tea bags, release higher amounts of caffeine than their counterparts. However the fact is that, broken tea leaves have an increased surface area, which causes them to lose their flavor rather rapidly, manufacturers of tea bags compensate by adding more leaves to the bag to strengthen the favor thus producing more caffeine content.

You can control you caffeine levels the most when brewing a cup of tea. There are many factors that affect the caffeine content, such as the amount of tea leaves used, the size of the leaf particle, water temperatures and steeping times. Your method of brewing can cause the same tea leaves to produce less or more caffeine content. If you use higher heat, a longer brewing time, more leaves and less water you can increase the caffeine content in your tea, and if the opposite will produce a less caffeinated tea. First infusions can also produce a higher content of caffeine, if you use the tea leaves for a second infusion that may produce a cup of tea with low levels of caffeine. A smaller tea leaf releases more of its caffeine than a larger tea leaf.

Many people seem to believe that ‘caffeine free and ‘decaf’ is nothing but same, but in fact caffeine-free beverages and decaf beverages couldn’t be more different. Caffeine-free means the product does not contain any plants that contain caffeine naturally or that caffeine hasn’t been added artificially to the product. Decaf however means that most, but not all of the caffeine has been removed from the tea. So if you are not opposed to a little caffeine in your tea then decaf is the choice for you, but of you prefer no caffeine at all, then caffeine free beverages are the ideal choice. It is also important to note that herbal teas do not contain caffeine at all.

There are reports that state the amount of caffeine in each type of tea, they may not be accurate but helpful in understanding the levels of caffeine present in tea. 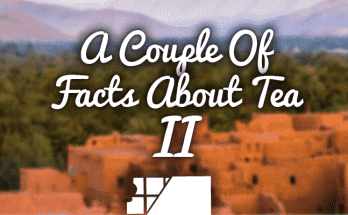 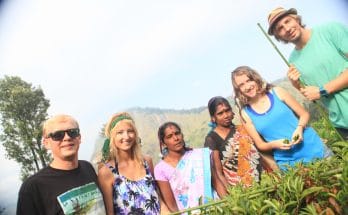